Kaha Lani Resort — Preserving The Beauty Of A Windward Resort

In addition to a panoramic vista of the Pacific Ocean, guests continue to be wowed by Kaha Lani’s manicured grounds and colorful tropical plantings. Just ask Jeanie Lambert — the Landscape Chairperson on the Kaha Lani AOAO Board of Directors for more than a decade.

“Whether you’re an owner or a guest to the resort, staying for a couple days up to a few weeks, you want things to look good all the time,” she says. Here’s how No Ka Oi Landscape Services is helping the resort achieve this.

“The property was in good shape," Lambert says. “But we were looking to bring it to the next level. So I wanted to work with a company I thought could help us do that.”

The business relationship between Kaha Lani Resort and No Ka Oi kicked off in August 2014.

Lambert says what drew her to No Ka Oi was the company's "good reputation on the island." That said, Lambert admits she was unsure if the resort had the budget to hire on No Ka Oi's services.

When Lambert connected with Abby Santos, No Ka Oi's co-owner, the two closely looked over the scope of work needed to be done on the property and how it could be accomplished within Kaha Lani's budget.

"We had plenty of discussions around that until we came to something we both felt would work for both of us," Lambert says.

In addition to accomodating budget talks, Lambert is also pleased with No Ka Oi's emphasis on responsive communication.

"When I’m on the property, I’m in contact with Sara (No Ka Oi account manager) once a week," Lambert says. "Sara and Abby are very good at responding to texts, emails and phone calls, usually within the hour. I’ve been really impressed with how they make communication a priority."

Kaha Lani's biggest landscaping issue comes from the property's windward location on the island. Lambert explains, "We get strong, direct tradewinds and salts. Over a harsh winter, it can defoliate a lot of the plants on the property."

By carefully reviewing the plant palette for each Kauai commercial property, No Ka Oi can determine whether a variety can withstand the site’s microclimate — commonly referred to as the landscaper's "right place, right plant" philosophy. 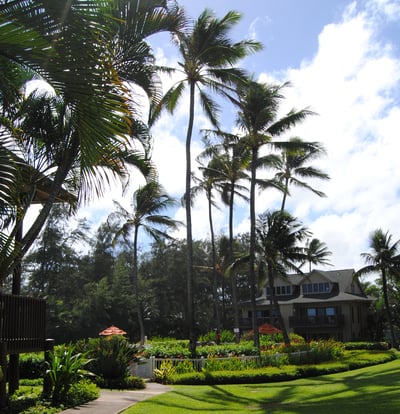 One example of this philosophy put into practice will come into fruition with No Ka Oi's next enhancement project at the property, which is a redesign of one unit's entry lanai.

According to Lambert, because of strong tradewinds, this area requires constant attention. "We call it the wind tunnel and trying to get something to grow there isn’t all that easy," she says.

No Ka Oi's unique approach to the "wind tunnel" is an emphasis on hardscaping (small boulders, moss covered rocks, lava rock) with strategically placed plant material that is shade tolerant and salt hardy.

The right plants for this location are highly salt-tolerant Zone 1 plants that can be used in exposed locations, such as areas near the beach that receive direct ocean winds. Some of No Ka Oi’s favorite salt tolerant plants include: coco palm, naupaka, aloe, wax-leaf ficus, natal plum.

Leading up to Kaha Lani's partnership with No Ka Oi, the resort and its plant material were not fully benefitting from its 40-year-old irrigation system.

"There were areas of the property that were on the same controller, like our lawn and interior planting beds," Lambert explains. "So to get enough water on the lawn, we were drowning the interior beds." 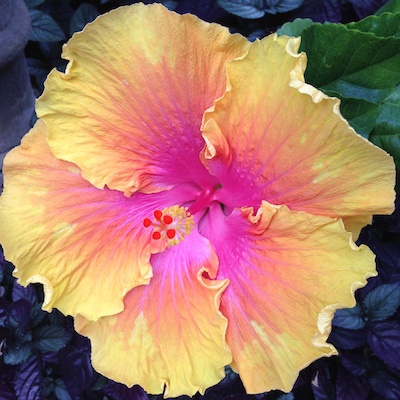 No Ka Oi addressed these watering concerns at the onset with an irrigation audit. This assessment identifed and monitored all of the system's valves and controllers — adjusting and repairing them accordingly — to ensure water was effectively reaching its target.

Between irrigation improvements and No Ka Oi's efforts to enhance the site's soil quality, Lambert says plants are thriving throughout the resort.

"What we’re seeing are a lot more flowers on the property," she explains. "We have a lot of hibiscus. When they are all in flower, it kind of takes your breath away."

From stakeholders to returning guests, "Everyone tells me this is the best they’ve ever seen the property look. And it’s true," Lambert adds. She credits better irrigation maintenance, better plant selection and better grounds maintenance for making all the difference.

To talk more about your site's landscaping demands and potential landscape enhancements that will improve the visitor experience on your Kauai property, call No Ka Oi any time at 808.335.5887, or fill out this simple contact form. 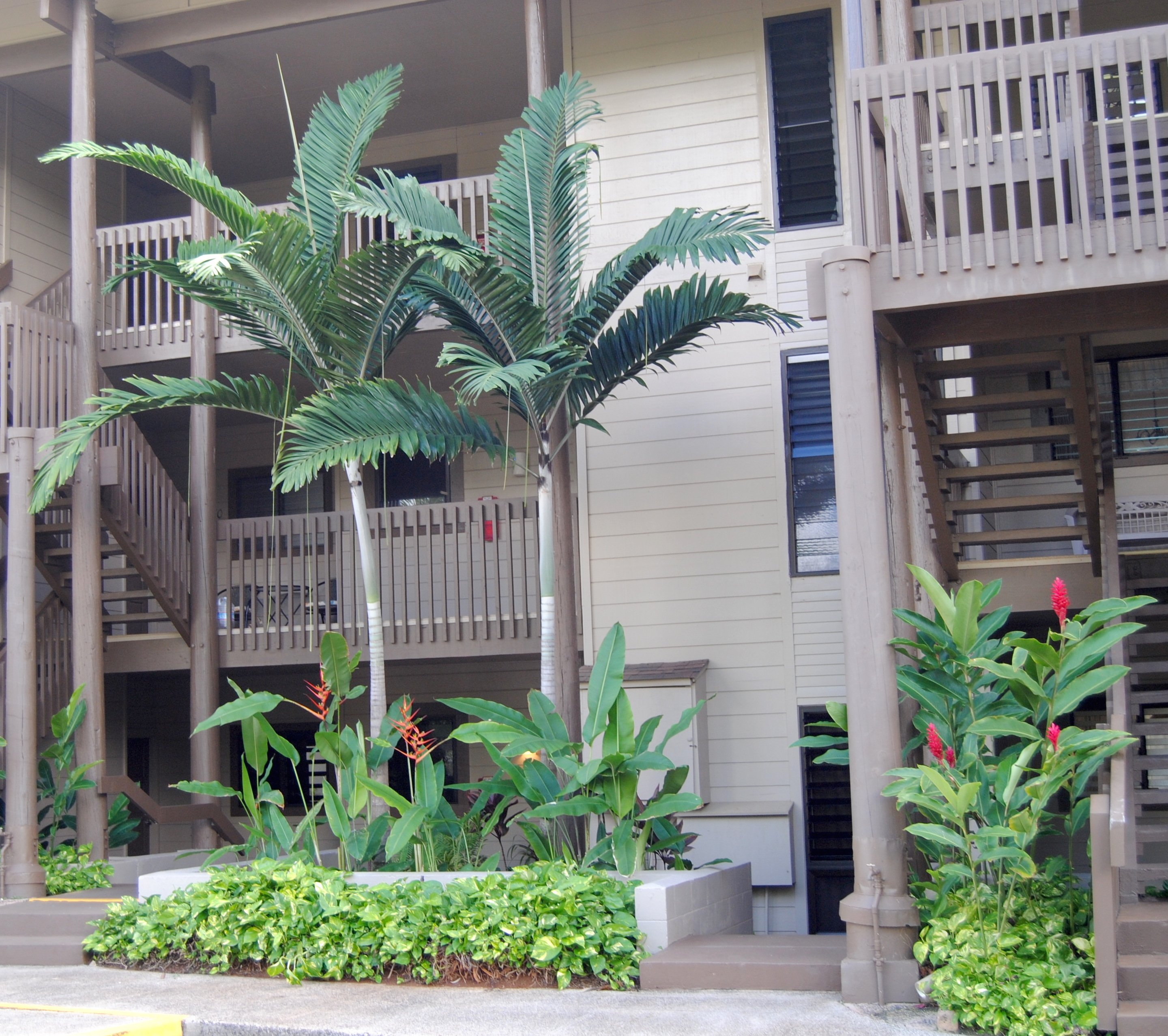 "We were looking to bring [Kaha Lani] to the next level. So I wanted to work with a company I thought could help us do that.”